OTTAWA – Industry groups, including the Mining Association of Canada (MAC), are calling on the federal government to take action to end the ongoing […]
By Magda Gardner August 18, 2020 At 1:46 pm 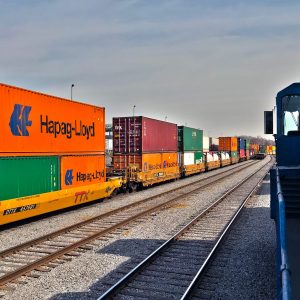 Rail network around Port of Montreal Credit: Port Montreal[/caption] OTTAWA – Industry groups, including the Mining Association of Canada (MAC), are calling on the federal government to take action to end the ongoing strike at the Port of Montreal. In a joint release issued last Friday, MAC and the Forest Products Association of Canada (FPAC) voiced concern about the strike, which began on Aug. 10, and adds to an already difficult shipping situation given COVID-19, November’s rail strike, and February’s rail blockades. “The Port of Montreal strike is exacerbating an already stressful situation by bringing the shipping of essential items like minerals, metals, forest products and fuel to a standstill in the region,” reads the release. “Mining is a leading customer at the Port of Montreal, moving large volumes of iron ore, nickel, gypsum and recycled metal to smelters and refineries in the region,” Pierre Gratton, MAC’s president and CEO, said in the release. “On the backdrop of massive supply chain disruption, and unprecedented reputational damage to Canada as a reliable international trading partner, this strike and the lack of effective action to resolve it demonstrates an incomprehensible inability to prioritize Canada's economic recovery in one of our country's greatest times of need.” According to the Port of Montreal website, mooring and cargo handling, typically done by dockworkers, is suspended at several terminals. Liquid bulk handling and the grain terminal are not affected. The Port estimates that approximately 90,000 twenty-foot equivalent units are either stranded on its docks or aboard container ships rerouted to other ports. The organization also estimates that almost 325,000 more tonnes of dry bulk goods could be impacted if this strike continues over the coming weeks. According to the CBC, the union representing the Montreal’s longshore workers launched the strike after salary, schedule and working condition negotiations between the workers and employers broke down. The workers previously carried out two four-day strikes; the current labour disruption does not have an end date. The CBC article states that the 1,125 workers have been without a collective agreement for almost two years and that the labour action is largely due to “wages, scheduling and work-life balance, with longshoremen routinely working 19 days out of 21 due to heavy traffic through the port, according to the union.” For more information, visit www.Port-Montreal.com.