Evolution Mining has released an updated resource for its recently acquired Red Lake gold operation, which the company says is materially higher […]
By Alisha Hiyate September 1, 2020 At 12:59 pm 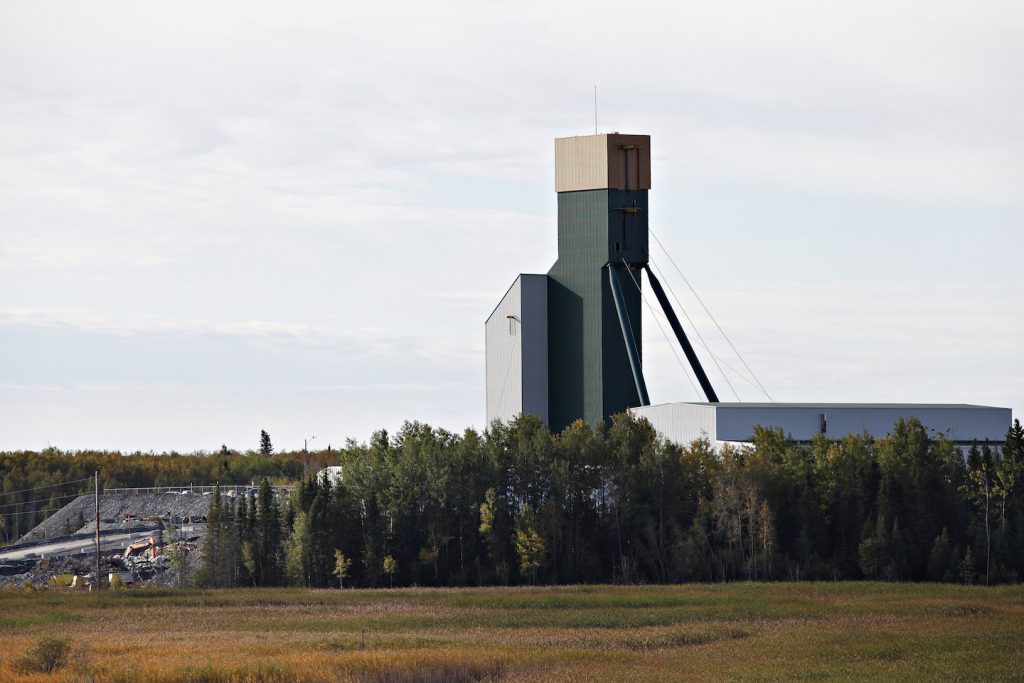 Evolution Mining's Red Lake gold operation in Ontario. Credit: Evolution Mining[/caption] Evolution Mining has released an updated resource for its recently acquired Red Lake gold operation, which the company says is materially higher than the figures estimated during its due diligence of the acquisition. The Sydney, Australia-based gold miner acquired the northern Ontario operations from Newmont in a US$475-million deal that closed earlier this year. The new JORC-compliant resource stands at 22.8 million indicated tonnes grading 7.77 g/t gold for 5.7 million oz. gold. Inferred resources add 25.5 million tonnes grading 6.49 g/t gold for 5.3 million oz. “This 11-million-ounce mineral resource indicates that Red Lake has the potential to be the most transformative, value-creating opportunity in Evolution’s history,” said Jake Klein, Evolution's executive chairman, in a release. “It is a great example of applying a different lens to an opportunity and emerging with completely different results. The next steps will be to complete a new ore reserve estimate, which we expect will result in a material upgrade to reserves and will present us the opportunity to reimagine the future of the operation. We are very excited about the potential at Red Lake.” The resource, calculated at A$2,000 per oz. gold (C$1,924), includes the Lower Campbell, Upper Campbell, Lower Red Lake, Upper Red Lake, HG Young and Cochenour projects. Cutoff grades vary from 3 g/t gold to 3.3 g/t gold. Evolution says the key driver behind the substantial increase was the evaluation of each deposit at a wider range of cutoff grades than previously considered. This approach meant that mineralized areas that were not previously modelled because of historically high cutoff grades could be brought into the resource. The company has also lowered operating cost assumptions – benchmarked against costs at its other underground operations and at similar scale operations – which allowed it to lower cutoff grades. Reserves for Red Lake will be updated in March 2021 using a gold price of A$1,450 per oz. Proven and probable reserves last released by Goldcorp in 2018 are 9.2 million tonnes grading 6.95 g/t gold for 2 million oz. Over the long-term, Evolution hopes to transform Red Lake into a 300,000-500,000 oz. gold per year producer. This year, the company expects the operation to produce 125,000-135,000 oz. gold at all-in sustaining costs of A$2,050-2,100 per oz. The company is taking a staged approach at the operation. This year, it's focused on increasing development to a consistent 1,200 metres per month. Next year's focus will be on defining and developing fewer and larger mining fronts, incorporating technology to improve mining practices, and increasing mining rates to the full mill capacity of 1.1 million tonnes per year in 2022. Evolution is also planning to build a ramp (which is already permitted) at Upper Campbell. In addition to committing to invest US$100 million on existing operations as part of its plan, the company will also spend US$50 million on exploration at the Red Lake complex over the next three years, with 100,000 metres of drilling carried out each year. The turnaround plan for the historic asset has included a workforce restructuring. Evolution reported in June that it has reduced the headcount at Red Lake by 114 full-time workers to a total of 740 employees. The mine was briefly shut down in August after forest fires threatened the Red Lake area, with full operations resuming Aug 18. Evolution owns and operates five mines in Australia and Canada and expects to produce a total of 670,000-730,000 oz. gold at AISCs of A$1,240-1,300 per oz. in the year ending June 2021. For more information, visit evolutionmining.com.au.